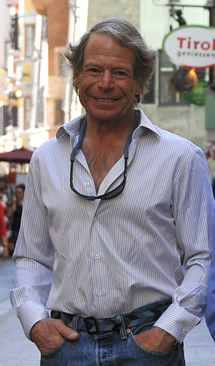 View video of one of Ted's recent appearances on tour

Ted Kerasote is the author of many books, including the national bestseller Merle's Door: Lessons from a Freethinking Dog and Out There: In The Wild in a Wired Age, which won the National Outdoor Book Award. Ted began writing professionally as a teenager, his first nationally published story—about surf fishing for striped bass—bought by Outdoor Life when he was seventeen. Since then, Ted's writing has often focused on the interrelationship between people, animals, and the natural environment, and during his four-decades-long career, his essays and photographs have appeared in magazines as wide-ranging in their subject matter as Audubon, Geo, Outside, National Geographic Traveler, Sports Afield, and The New York Times. His book Bloodties: Nature, Culture, and The Hunt is considered by many authorities to be the best and most evenhanded work on how both aboriginal and modern people treat wildlife. In addition, Bloodties offered the first comprehensive analysis of the fossil-fuel costs of our diets, and it continues to be a primary text in many university bioethics courses.

A photographer since childhood, Ted was one of the first people to document the caribou migration across the coastal plain of the Arctic National Wildlife Refuge, and his images of wildlife from around the world, as well as those of indigenous people such as Inuit and San, have been displayed in many publications. Since his meeting with Merle in 1991, Ted has turned to photographically documenting how dogs live when they're free of leashes and fences and have the opportunity to structure their own time.

In his writing, Ted has also tried to bridge the gap between what appears to be seemingly irreconcilable positions, and his awards reflect his success at achieving this goal. His writing has been honored by the animal-rights group PETA (People for the Ethical Treatment of Animals) as well as the pro-hunting organization, the Izaak Walton League of America.

An inveterate traveler and explorer, Ted has climbed, skied, and run rivers from Hong Kong to Helsinki, from the Arctic Ocean to the Straits of Magellan, and from the Alps to the savannas of Africa. His longtime home is in Jackson Hole, Wyoming, but he continues to find joy in writing about new places and people, and his most recent trip took him to the Himalaya, where he began to research a book on Tibet. 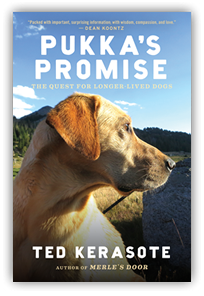